The talk began with Caroline listing five headings, under which she would develop the subject of composition: 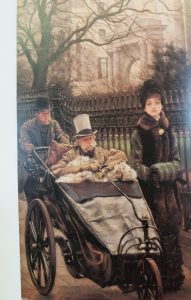 Line: When thinking about your composition, consider where lines go. In the above picture by Tissot, all heads are in a line in front of the railing, to the tree, down the invalid carriage, up the steering stick. None go off the page. So the image is formed of a triangle. 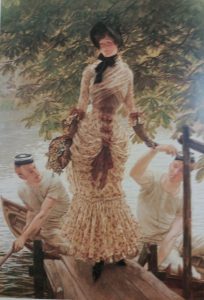 The intention in composition is to move the eye around the picture. Think of what is most important, then put it in the middle. In the above picture all lines forma a triangle to the focal point of the woman.

Tissot was very good with groups of people, so when looking at a picture  look for the lines, as in the picture below. 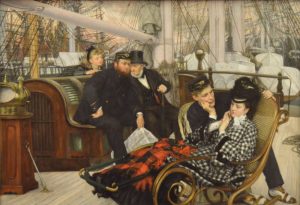 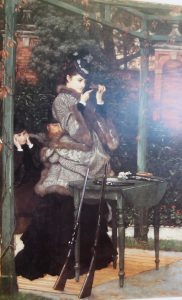 What draws the eye is the contrast between light and dark. The light is on the rifle and the dark background pushes the woman forward. 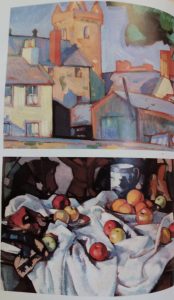 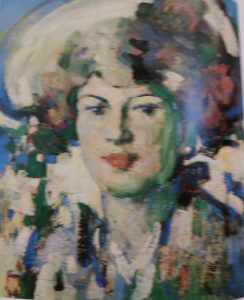 Ferguson used red and green to take the eye around the face, above. He used cool blues and greens for the background , and put all the colour in the face and hat. Use cool colours for the background and warm colours in the foreground. In the Norman Rockwell paintings below, note that the eyes are drawn to the portrait eyes and palette. Similarly, the cool background in the scout picture emphasises the warmth of the figures in the foreground. 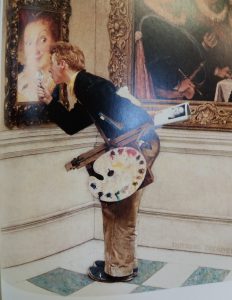 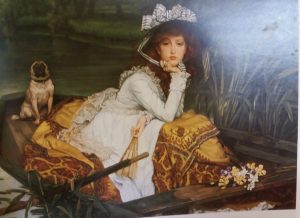 In the Rockwell picture below the emphasis of the dark suit throws the lightness of the table.

Similarly , the tattoo picture with the dark denim and pale pinkness of the skin. 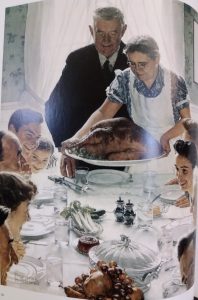 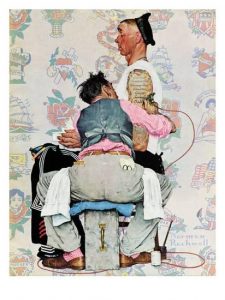 In any picture, pale blue will be in the background and warm;, high chroma colours come forward. The higher the chroma, the more forward, as in the previous picture. Though it is interesting to note that in the Circus painting below, warm colours prevail overall. 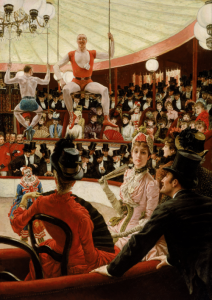