Anders Zorn (1860-1920) was a noted Swedish artist. He was born on his parent’s farm and showed early talent, which culminated in his studying at the Royal Swedish Academy of Art. His career climbed after this. He was portraitist to the rich and famous, travelling the world. He painted portraits of three American presidents and King Olaf 11 of Sweden.

He and his wife, Emma Lamm, eventually bought some land near his village and moved a cottage from his grandfather’s farm in which they lived. Zorngarden is now a museum and remains much as it was in his time there. There are a number of examples of his work on Wikiart. 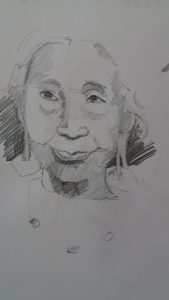 Mixing: Always start with white for flesh tones + yellow ochre and red. To strengthen the colour, add a little black. Green can be mixed with black and yellow ochre. 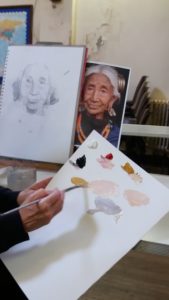 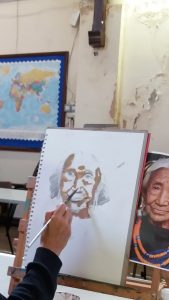 Build shapes of colour to do portraits. Starting with shadows, use an ochre mix. Work dark to light. Set the shadows and then put in the mid-tones (pinker). Keep the acrylic reasonably thick, to avoid scratch marks and paper showing through: 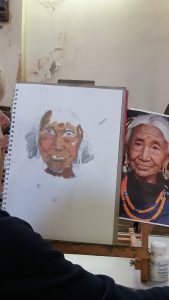 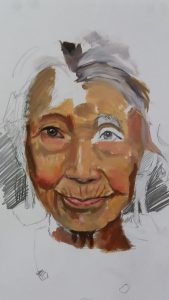 With the Zorn palette you don’t have to think about colour too much. It’s all about tonal values.

Below is Carolines’s palette, showing how many hues can be mixed from the Zorn Four. 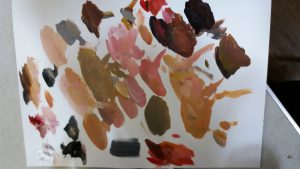