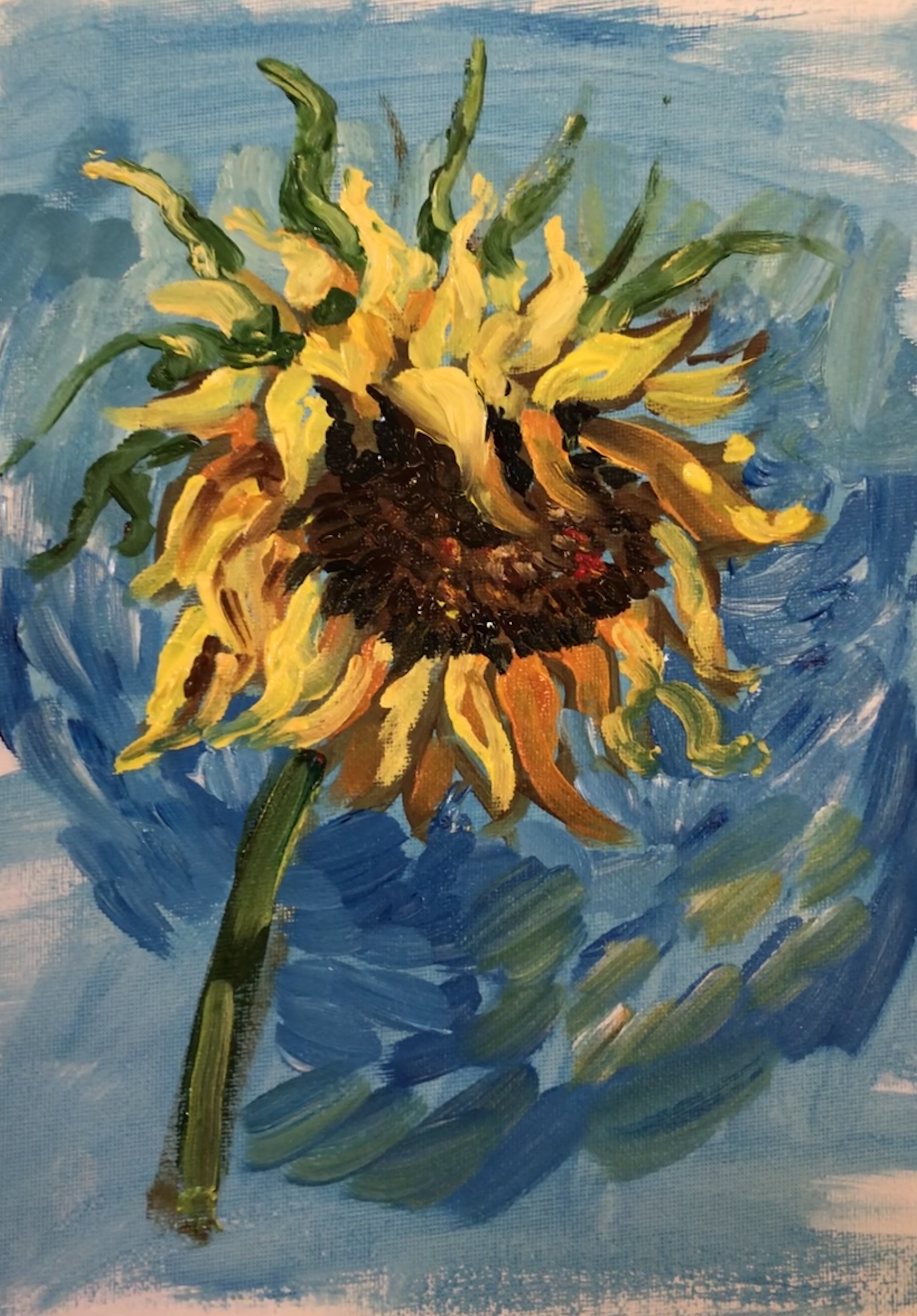 Painting in the style of Vincent Van Gogh

Van Gogh was born in 1853, and had a tormented life with a lot of anxiety. It is possible that he may have been a manic depressive. He only started painting aged 27 and tragically died aged only 37.  However during those 10 years he produced roughly 2,100 pieces of work. His early work was very dark and his younger brother who ran an art gallery in Paris advised him to  change to a brighter palette. He therefore evolved from the Potato Eaters to  his much better known works like the Cafe at Arles or his famous Sunflowers. His favourite colour was yellow followed closely by cobalt blue, which together make for a striking painting. He had a unique style of painting which was driven by emotion.

He used various brush techniques including contour painting and pointillism. His famous Irises were painted much more flatly using the silhouette method of outlining the subject first.

Caroline started her painting of sunflowers by a background of a pale blue colour onto which she painted the outline of the sunflower in a light brown. 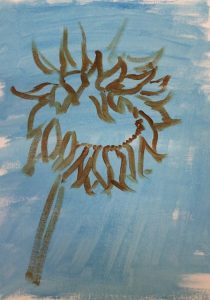 Then she mixed up 3 shades of brown and using small expressive strokes she quickly filled in the centre of the flower. Next, she went over this with a darker shade of brown for depth. Van Gogh would have done layer after layer using very thick oil paint straight from the tube. After this, she filled in the petals with a dark yellow colour using swift expressive strokes.

Using a filbert she went over the background with a strong blue and then mixes of white and blue and green and blue making sweeping strokes to create movement. 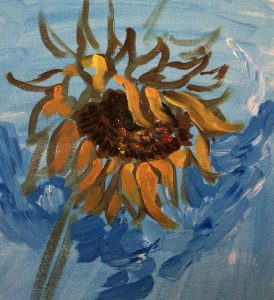 Then she went in with a paler yellow on top of the petals , leaving some of the original colour showing through. She used wiggly lines to add movement and liveliness to the painting. Lastly she put in the leaves using viridian green and white. She mixed  very dark brown using cobalt blue red and green for the very darkest areas in the centre of the flower.  This is the finished work. 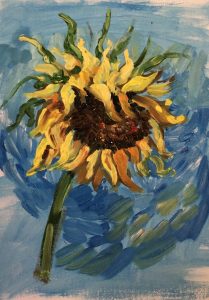