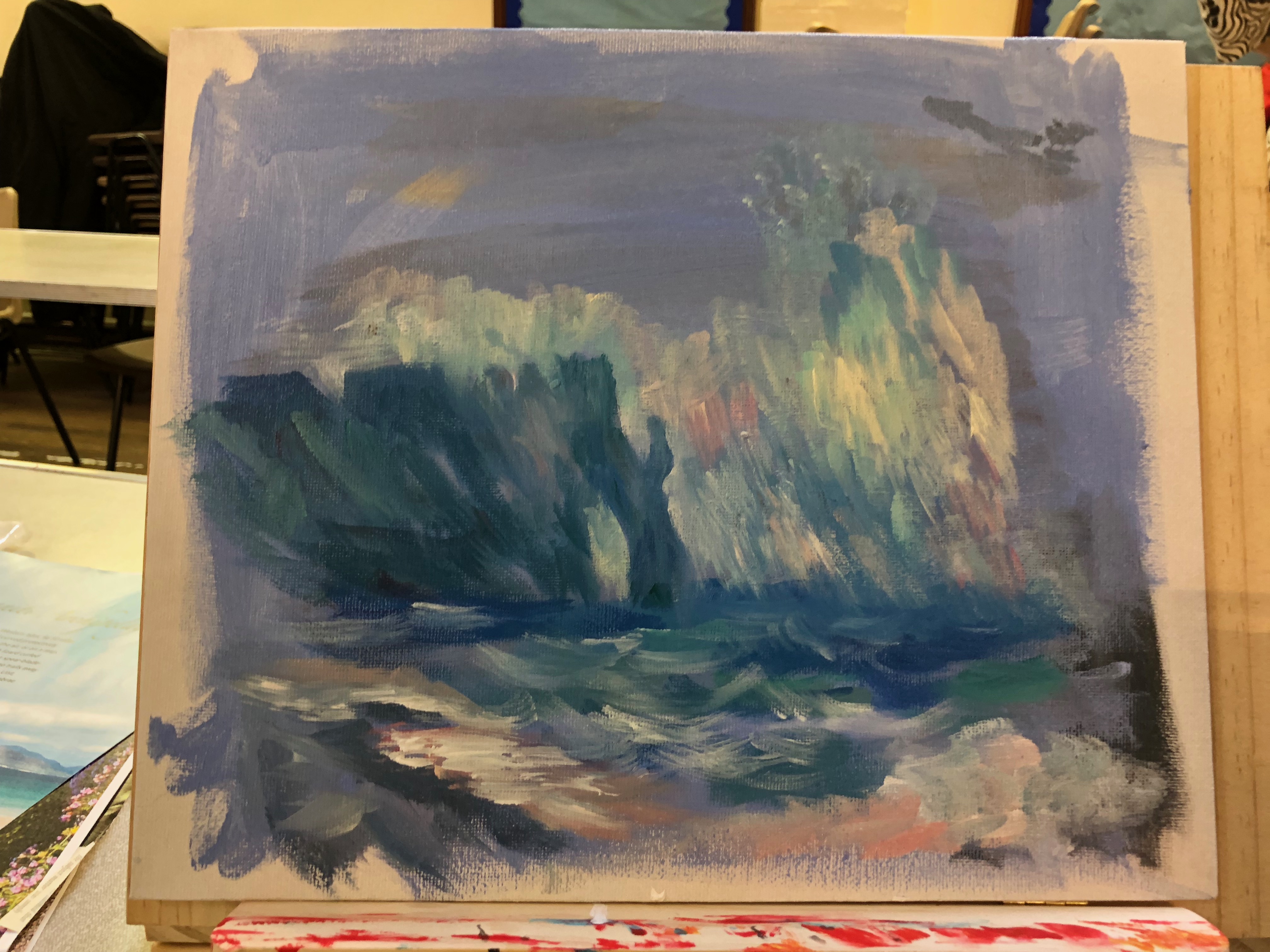 Painting in the style of Monet

Caroline Marsland lead us in a demo of a Monet painting. She pointed out the Impressionists of whom he was most famous, were into seeing colours in their environment. `Monet painted with thick oil paint later stumbling with thick paint when his eyesite become poor. He used small strokes that blend often giving a feeling of a haze. His strokes for the sky were often verticle and the water horizontal. He often used a ground color of blue or cream. He painted at the lighter end of the light-dark scale.

`his brief biography is as follows:

Claude Monet, in full Oscar-Claude Monet, (born November 14, 1840, Paris, France—died December 5, 1926, Giverny), French painter who was the initiator, leader, and unswerving advocate of the Impressionist style. In his mature works, Monet developed his method of producing repeated studies of the same motif in series, changing canvases with the light or as his interest shifted. These series were frequently exhibited in groups—for example, his images of haystacks (1890/91) and the Rouen cathedral (1894). At his home in Giverny, Monet created the water-lily pond that served as inspiration for his last series of paintings. His popularity soared in the second half of the 20th century, when his works traveled the world in museum exhibitions that attracted record-breaking crowds and marketed popular commercial items featuring imagery from his art. 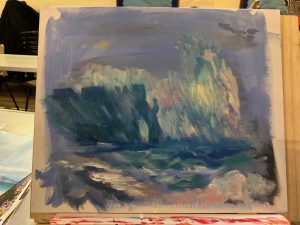 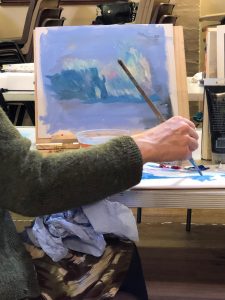