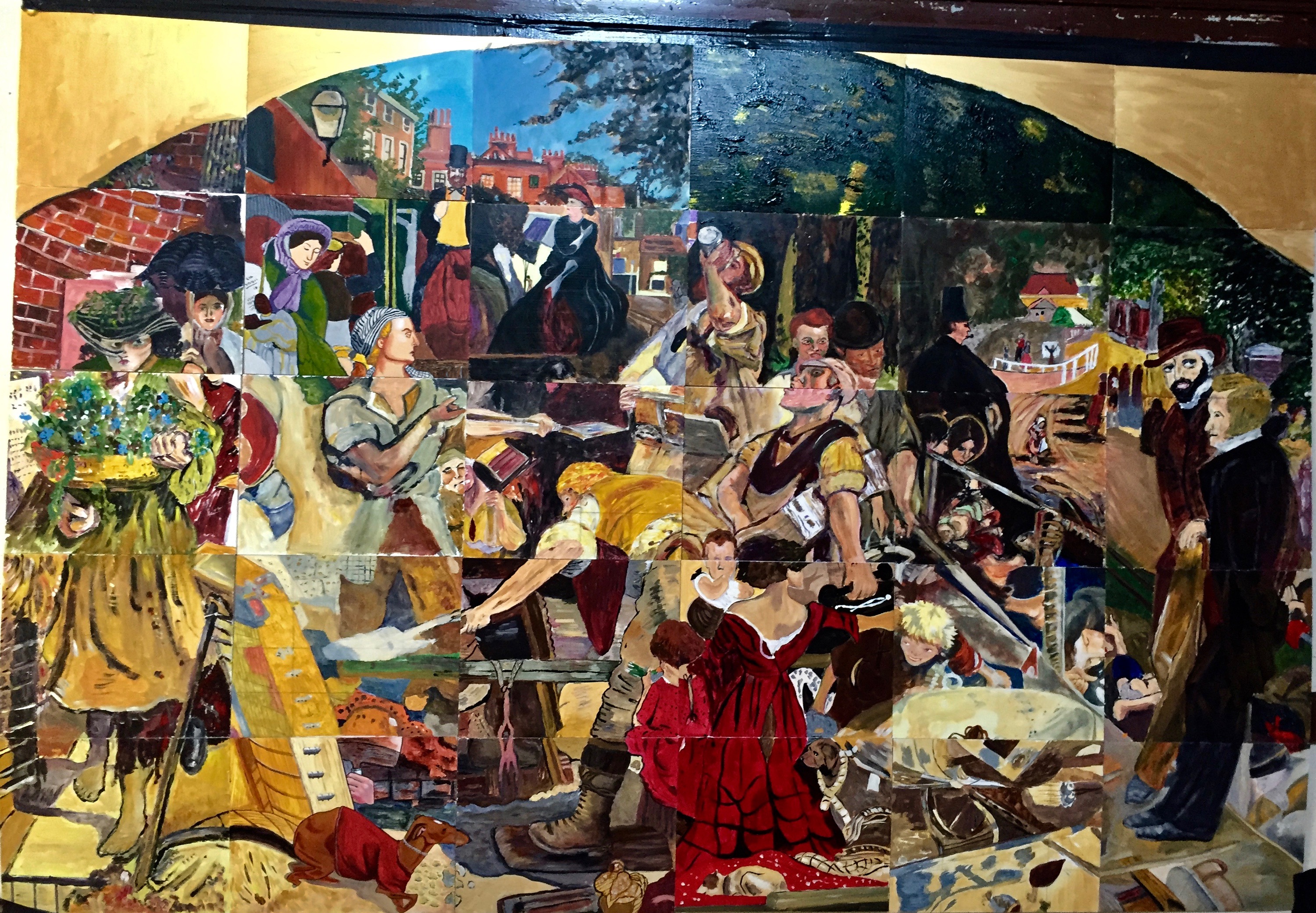 This year the BIG PICTURE chosen by Lucy Parker, our instructor, was WORK by Ford Madox Brown 1852- 1863. Many members of the Dupont Art Club met on May 25th, 2017 to choose and paint a square of this complex piece. It was a fun day and learning experience as Ford was a very skilled  artist and draftsman which we tried to emulate. Wickopedia gives an excellent description of this famous work. 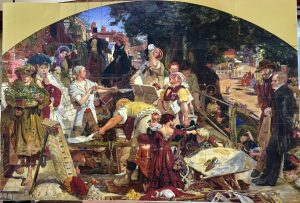 “Work (1852–1865) is a painting by Ford Madox Brown that is generally considered to be his most important achievement. It exists in two versions. The painting attempts to portray, both literally and analytically, the totality of the Victorian social system and the transition from a rural to an urban economy. Brown began the painting in 1852 and completed it in 1865, when he set up a special exhibition to show it along with several of his other works. He wrote a detailed catalogue explaining the significance of the picture.

The painting was commissioned by Thomas Plint, a well-known collector of Pre-Raphaelite art, who died before its completion.[1] A second version, smaller at 684 × 990 mm, was commissioned in 1859 and completed in 1863. This is now in the Birmingham Museum and Art Gallery. It is closely similar, though for the lady with a blue parasol the face of Maria Leathart, the commissioner’s wife, replaces that of Mrs Brown in the Manchester version.[2]

The picture depicts a group of so-called “navvies” digging up the road to build an underground tunnel. It is typically assumed that this was part of the extensions of London’s sewerage system, which were being undertaken to deal with the threat of typhus and cholera. The workers are in the centre of the painting. On either side of them are individuals who are either unemployed or represent the leisured classes. Behind the workers are two wealthy figures on horseback, whose progress along the road has been halted by the excavations.[3]

The painting also portrays an election campaign, evidenced by posters and people carrying sandwich boards with the name of the candidate “Bobus”. A poster also draws attention to the potential presence of a burglar.[4]

The setting is an accurate depiction of The Mount on Heath Street in Hampstead, London, where a side road rises up above the main road and runs alongside it. Brown made a detailed study of the location in 1852.”

Following are photos of our group painting this BIG PICTURE. 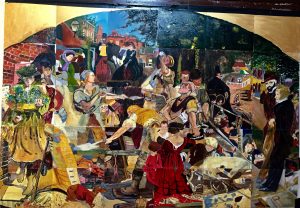 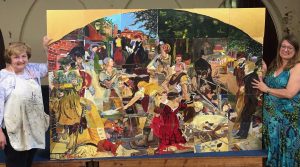 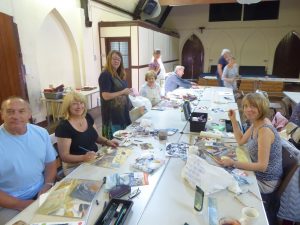 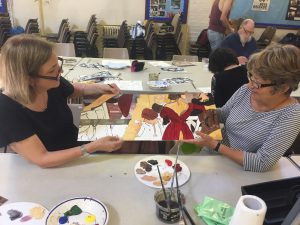